Kautz GmhbH Stahlbau & Industrie-Montage is a family-run company in its second generation.

The company is managed by owner and managing director Thorsten Kautz. 1994 can be named as the founding year of the company. This is where the roots of the company’s success story lie, with the founding of Metallverarbeitung Kautz GmbH & Co KG. In 2009, through the merger with the company SIM Stahlbau & Industrie-Montage GmbH, the company emerged in its current form.
Since its foundation, our modern family business has been producing from its headquarters in Grevenbroich in the Rhineland. This not only reflects our regional ties. It is also a factor in the company’s success due to its proximity to the conurbations and industrial centres located between the Ruhr area, Düsseldorf, Cologne and Mönchengladbach, and is valued by our customers. This is because the use of optimal transport connections on the Rhine and Ruhr lead not only to short transport routes, but also to a close network of suppliers of the highest quality.

In 2013-2014, the Grevenbroich site was further strengthened by the construction of a new hall. In the new production facility, steel construction projects of all sizes are realised on a total area of 1,440 m² and with the help of single-girder overhead travelling cranes with a lifting capacity of three times ten tons, which is unparalleled in the region.

Cheek edging machine
Edging of sheets up to 10 mm, sheet width up to 3000 mm

Drilling
Drilling from diameter up to 80 mm 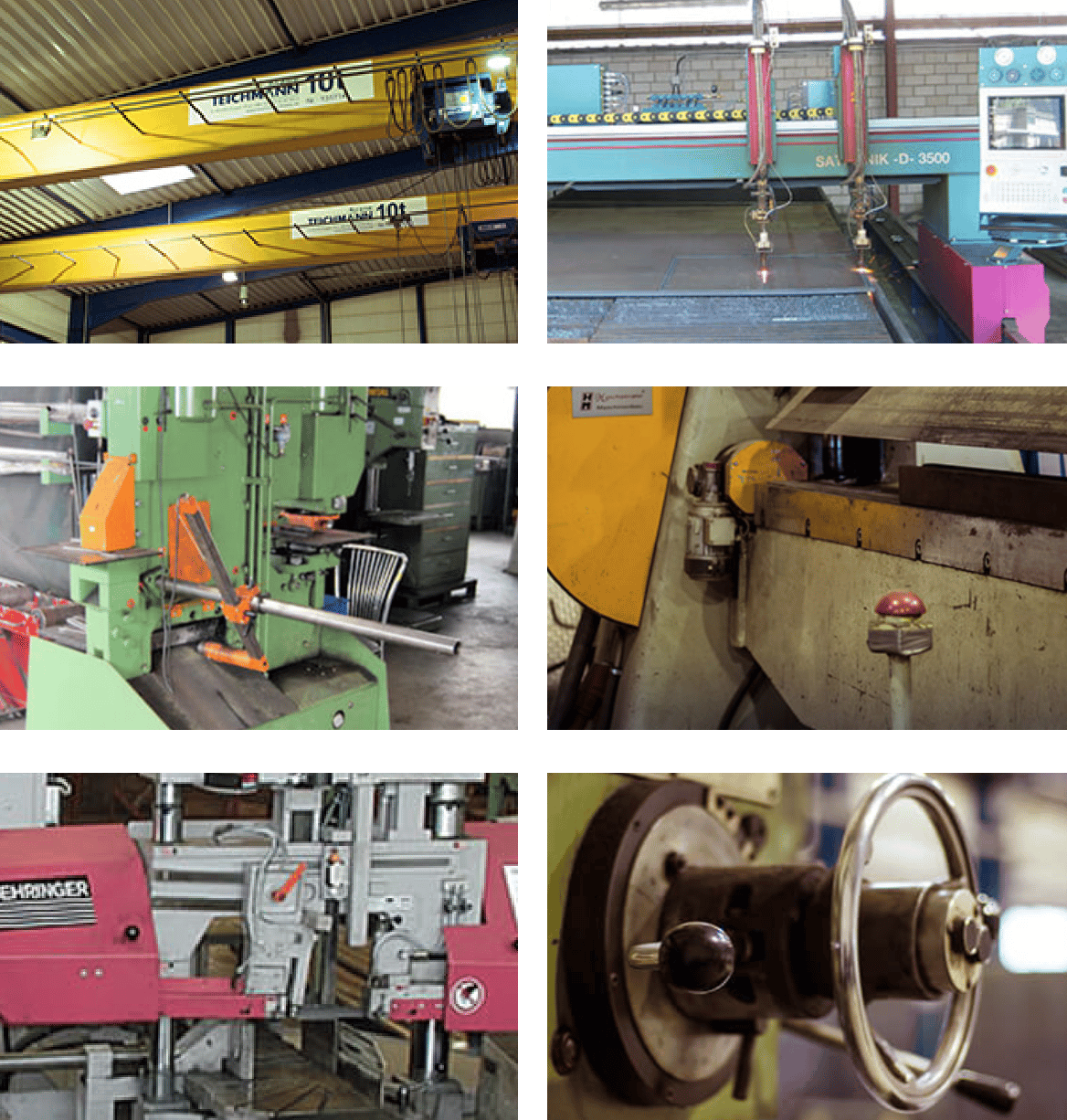